At the tip of Florida’s panhandle the small town of Pensacola is descended upon once a year by tens of thousands of nerds from every walk of pop culture for Pensacon. Nearing the shows 10th anniversary we spoke to show runner Mike Ensley about the joys and trials of producing an event that literally transforms his home town into a nerd mecca (the mayor even officially renames the airport the “Pensacola Intergalactic Airport”).
Read the interview HERE

When it came time to talk to a celebrity about the convention experience we couldn’t think of anyone better than veteran TV & voice actor Jason Marsden. Best known for his role on hit shows like Full House, Boy Meets World, and as the voice of Disney’s Max Goof and Thackery Binx in the movie Hocus Pocus (to name a few), Jason has been a guest at many cons so we spoke with him to get his unique perspective on fandom and the convention experience.
Read the interview HERE

Over the last four decades Phil Boyle and his team have built the largest chain of comic stores in the southeast from the ground up. We spoke with him about the journey from start up to opening a ninth location.
Read the interview HERE

Panels are an essential part of the convention experience giving attendees personal, interactive, and often once-in-a-lifetime experiences with their favorite guest star, and one of the most notable names in the Florida con scene who makes those experiences unforgettable is moderator, host, and MC … Patty Hawkins!
Read the interview HERE

A staple of the convention lifestyle are the after hours parties where con attendees, vendors, and guests can all mingle and blow off some steam from a long day on the con floor. There isn’t a bigger name in after events in Florida than Moshi Productions who produce the official MegaCon after parties, along with multiple events in the Orlando area year round. Moshi’s MegaCon events have become legendary, packed with amazing cosplay, stage shows, festival quality lights and sound, and a whole lot of FUN! We don’t often hear from the people behind the scenes that make these epic events happen, so we took this opportunity to talk to our friend John Moshi about his experiences building the after party scene for over a decade.
Read the interview HERE 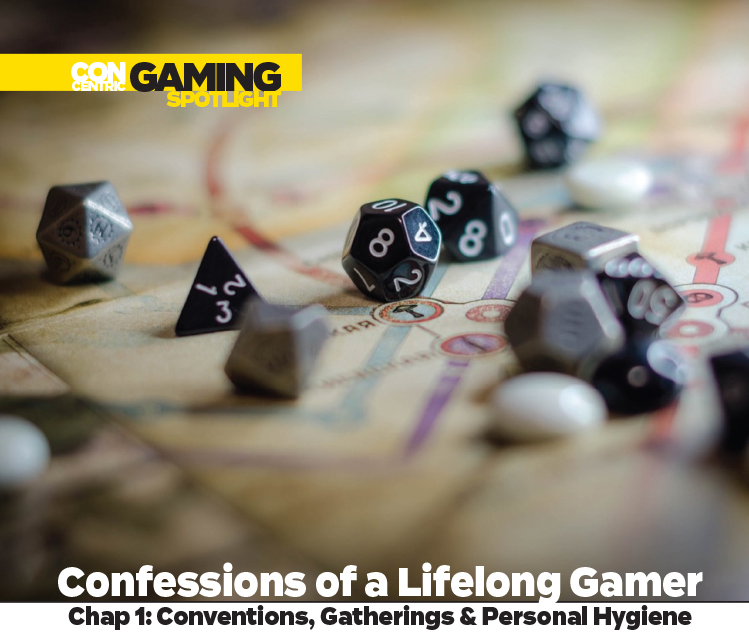 Hey friends, as a lifelong gamer and “conventioneer” of more than 25 years let me share some of my convention insights and increase everyone’s wisdom.
Read the editorial HERE

PLAN AHEAD! Most shows announce their dates sometimes...

A staple of the convention lifestyle are the...

At the tip of Florida’s panhandle the small...

When/where was your first convention experience, what got...